Add four parts uncooked rice (or parboiled rice) to one part whole white lentil (urad dal) are soaked separately overnight (at least four hours to six hours). Optionally spices like fenugreek seeds can be added at the time of soaking for additional flavour. After being soaked, the lentils are ground to a fine paste and the rice is separately coarsely ground and then combined. The mixture is left to ferment overnight during which its volume will more than double. The finished batter is put into trays of greased perforated moulds for steaming. The trays are held above the level of boiling water in a pot, and the pot is covered until done (about 10–25 minutes, depending on size).

Idli or idly are a type of savoury rice cake, originating from the Indian subcontinent, popular as breakfast foods. Made primarily from steaming a batter of fermented black lentils (de-husked) and rice, idlis are can be had at any time, most popularly with condiments like chutney and sambhar. Other variations include rava (semolina) idli, ragi idli, “tatte” idli varying to the local ingredients and flavour.

Several ancient Indian works mention the precursor of modern idli. Initial records mention soaking black gram in buttermilk, ground to a fine paste and mixed with the clear water of curd and spices. The three key aspects of the modern idli recipe; the use of rice (not just urad dal), the long fermentation of the mix and the steaming for fluffiness are left out. Popular belief is that the Indonesian influence on the cooks of those times may have let to the development of the modern idli. As of 2015, March 30 is celebrated as World Idli Day.

Besides known for its’ versatility of flavours and on the streets, idlis are nutritionally smart. In a single idli, one consumes 2 grams of protein, 2 grams of dietary fiber and 8 grams of carbohydrates, approximately 39 calories. In addition, it contains iron with trace amounts of calcium, folate, potassium and vitamin A. Spices like fenugreek, mustard seeds, chili peppers, cumin, coriander, ginger or sugar may be added to make them sweet instead of savory. Stuffed idli with filling of potato, beans, carrot and masala are popular. Leftover idlis can be cut-up or crushed and sauteed for a dish called idli upma. Creative fusion recipes like idly chicken, idly manchurian, idly fry, chilly idly and a lot of different ideas have been successfully experimented and recreated.

From the huge plate sized “thatte idlis” to the “Mangalorean Muday Idli” in steamed leaves or Goan Sannas and mini Sambhar idli, these dishes are travelling miles from the subcontinent and gaining popularity globally. 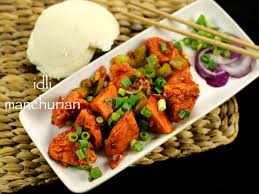