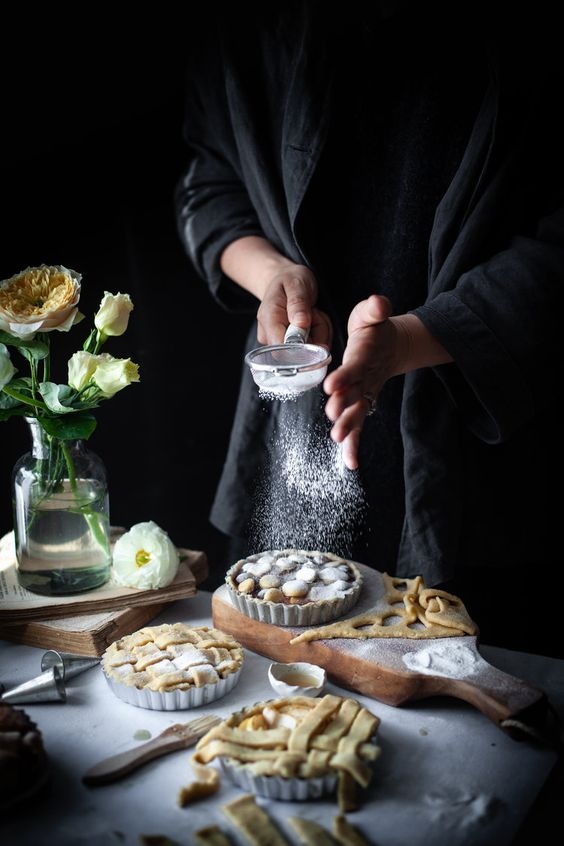 One of the new trends in the home kitchen as a sequelae of the incessant intermittent snacking, is the preference to single dish setting for the three main meals. While breakfast may be limited by steamed foods; it’s the lunch and dinner that has seen a drastic shift from elaborate meals to the glow of the “single pie” almost every now and then. As long as this trend lasts, the hours off the kitchen have increased.

“The idea of enclosing meat inside a sort of pastry made from flour and oil originated in ancient Rome, but it was the northern European use of lard and butter to make a pastry shell that could be rolled out and moulded that led to the advent of true pie.” An A-Z of Food & Drink, John Ayto [Oxford University Press:Oxford] 2002 (p. 254)

As often said, the entire outcome of when filling and pastry meet up in different grades and variations, make up for one of the simple and well-loved dish, the pie. Though essentially had as desserts, at home now the trend is to the savoury variants. While the shepherd’s pie, pot pies and related variants often grace the table; there have been a lot more experimentation from the varied recipes found online.

One of the newer pie versions learnt was the “homity pie”, a traditional British open vegetable pie. Covered with a filling of potatoes, onion and leek mixture (though, the choice of vegetables can be changed) covered with cheese on an open pastry base; this pie is one for those who want a little bit of vegetarianism in their diet. Extrapolating the recipe, a lot of leftovers can be used, especially if they are less curryish in nature. For the rich gravy ones, there’s always the curry pie to look forward to. Giving into the urge to top up the pastry base with onions and potato, voila one has a version of the “butter pie” (aka the “Air Pie”).

Alternatively, trying to opt for a more pie preparation for an early dinner, one of the recent add-ons was the “alooe pie”. Popular in cuisine of Trinidad and Tobago, this pie is made by frying dumplings of soft pastry (flour and water), splitting and filling them with boiled, spiced and mashed potatoes, green peas or chana dal. Essentially similar to a calazone and larger than the samosa. Coming to the samosa (or singara, sambusac), this is one of the “mini pies”, a go-to for short meetings and quick filling snacks. More than the regular pie, these samosas (or pies) are indigenous to the local Indian cuisine.

Each pie version has it’s own special story behind it. From potato pies, “keema pie” to “Chicken balti pie”, the variety is endless and the best part, is one can use the simple curry to make up the pie stuffing. Such a lot of history and potential in this dish. Savoury or sweet, this dish can swing both ways. But above all, it can be elaborate and rich or just a simple and wholesome fare. Sometimes that’s what one needs after a dry washed out day, a simple and wholesome piece of savoury pie.