An elderly man with a 25-year-old son entered the train car and took their seats. The young man sat by the window. As soon as the train started moving, he put his hand out the window to feel the flow of air and suddenly shouted in admiration: “Dad, you see, all the trees are coming back!” The older man smiled back. Next to the young man was a married couple. They were a bit confused by the fact that a 25-year-old man behaves like a little child. Suddenly young man again shouted in delight: “Dad, you see the lake and the animals … The clouds go with the train!”  The couple shyly watched the strange behavior of a young man, in which his father did not seem to find anything strange. It began to rain, and raindrops touched the young man’s hand. He again became overwhelmed with joy and closed his eyes. And then he shouted: “Dad, it’s raining, the water touches me! See, Dad ?” Wanting to help with something, the couple sitting next to her asked the elderly man:“ Why won’t you take your son to some clinic for a consultation?” An elderly man replied: “We have just come from the clinic. Today, my son, for the first time in his life, has acquired his sight … ”

It is impossible to judge the affairs and actions of other people without having all the knowledge. Only God possesses the fullness of knowledge. Therefore, “Judge not, that ye be not judged!”

This is an interesting post that I had come across my social pages, although I am not sure about the original author or source. What set me thinking was that, n scenarios similar to the above, was there a better way to frame the question to allay the curiosity. For instance, a more polite way of asking would be, “Isn’t this journey interesting ?” or state “Your son loves train journeys.” If then the father is willing to open up and talk, then it would be fine. Even if that doesn’t happen, by keen observation one can deduce a number of things from any situation.

“Be curious, not judgemental.” Walt Whitman

There is a fine line between curiosity and being judgemental. The latter refers to holding an opinion; decide upon critically; to infer, think or hold as an opinion; conclude about or assess or to act like a judge; passing verbal or mental comments with or without assessing the situation in totality. No one can know about the other, unless each one decides to share their story. For that to happen, we would be able to hear others, once we keep quiet, stop thinking or supposing and listen to their entire narrative.

“If we had no faults of our own, we should not take so much pleasure in noticing those in others and judging their lives as either black or white, good or bad. We all live our lives in shades of gray.”- Shannon L.Alder

As we go about the day, take care to be curious but not assign any opinion, label or be prejudiced in our behaviour without viewing the entire picture. Each time we weigh other in the mental scale, think twice before we start the process. Only when we are weighed in the scale do we realize how much our worth actually weighs against the lives that we lead. 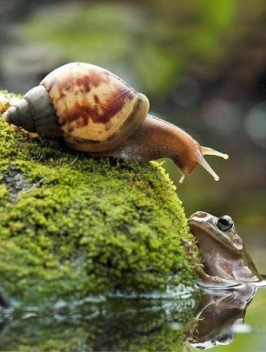