Staying at home, one can savour the taste of caffeine or theophylline when the thought takes over the mind. With going to the cafe’ out of question, bringing the cafe home is an alternative. As long as milk, cream and sugar are at hand; there are a couple of concoctions that can be attempted and recorded in the “annals of the kitchen experiments”. After a couple of days with black tea and espresso shots, it was time to tone down a bit of them both.

Taking a break from all the caffeine, today was a soft coffee day. Also known as “desi-coffee” or whipped coffee, this is akin to a hand-beaten Indian home-style version of the cappuccino. Taking a spoon of instant coffee and sugar with just a spoonful of milk, beat the mix vigorously to bring out a light fluffy paste-like froth. Add a few drops of milk, getting the froth thick, creamy and rich. With the final froth coming after a minimum of five minutes of vigorous whisking; one can add the warm (or cold) milk to the mix, either at a go or in a layered manner. The best part is each glass of beaten coffee brigs out not just an array of flavours, but a special smell, feel and texture of the coffee. 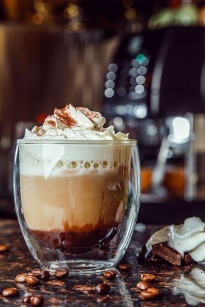 In the scattered attempts to recreate the different styles of coffee, one interesting point lies in the sequence and the amount in which each proportion is added. When the milk is stirred or beaten and then added to the single concentrated shot of black coffee or the vice versa, it doesn’t result in them both being the same. While trying out the popular quarantine coffee challenge doing its’ rounds on social media, it felt like making this hand-beaten Indian cappuccino or desi-whipped coffee in a reverse manner. While the latter involves milk being added to the mix to get the thick froth on top; the former involves added the whipped instant coffee powder, sugar and hot water (in equal proportions) to the creamy texture and adding that to the milk (hot or cold). Done either way, both styles have a varied feel of their own.

Continuing in the same, vein of making the evening tea session interesting for both the kids and the rest of us, the experiments will be on the creation of homemade chai latte, seven layer chai or the noon tea with the story behind them to add the finishing touch. Experimenting with these simple and uncomplicated variations helps one to not just bring a spark to these trying days; but also to savour and fun the lightness of each day in life.

“I wake up some mornings and sit and have my coffee and look out at my beautiful garden, and I go, ‘Remember how good this is. Because you can lose it.” Jim Carrey 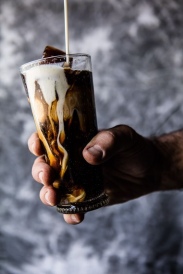 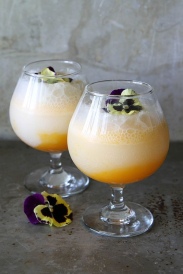 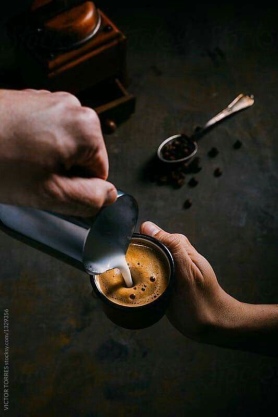